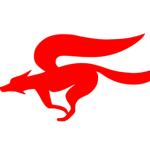 This is your user page. Please edit this page to tell the community about yourself!

Earth cannot be destroyed by the Drej because of Phaeton. The only weakness of the Drej and their queen is J.T.'s Solar Flare.

Differences between the original version

Changes between the original and its remake

Retrieved from "https://donbluth.fandom.com/wiki/User:CaptainCj?oldid=13530"
Community content is available under CC-BY-SA unless otherwise noted.