East of the Sun and West of the Moon was a planned film of Don Bluth. The film was cancelled by Paramount Pictures after Don Bluth Productions become Sullivan Bluth Studios. It was planned to be an adaptation of the Norwegian fairy tale of the same name.

This film was going originally to be produced after The Secret of NIMH, but finally, the production was scrapped. On 1990 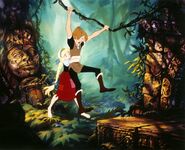 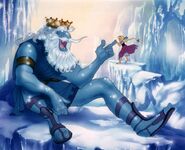 Add a photo to this gallery
Retrieved from "https://donbluth.fandom.com/wiki/East_of_the_Sun_and_West_of_the_Moon?oldid=29488"
Community content is available under CC-BY-SA unless otherwise noted.